The Supreme Court (decision no. 10335 of May 19, 2016) has ruled on the following matter: can two patents refer to the same invention, despite the fact that the relevant claims are different?

In the case examined, Company (A) holds two patents: an Italian patent, and the fraction of a European patent valid in Italy.

Company (B), summoned by Company (A) for infringement of the aforementioned patents, disputed that the plaintiff’  Italian patent is coincident with the fraction of the European patent and, as such, should be revoked in accordance with art. 59 of IP Code (“IPC”).

Company (B) has appealed to the Supreme Court the judgment rendered by the appeal judges, arguing that the lower courts erred in assessing the identity of the two patents on the basis on their respective claims. In fact, Company (B) maintained that Article 59 IPC provides for the decay of the Italian patent if it displays “the same invention” of an European patent and not “the same claims” of an European patent.

Patents’ identity and identity of the claims

For more information or if you are interested in receiving a copy of the judgment in question, please write to: m.fusco@eunomiastudio.it 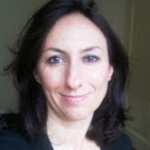