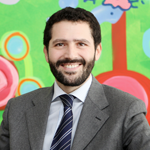 Attorney at law (Avvocato) from 2002, he was admitted at the New York Bar in 2008. Francesco worked in leading law firms in Italy and abroad. In particular he worked for long time at Grande Stevens Associazione Professionale in Turin and thereafter as Foreign Associate at Paul, Weiss, Rifkind, Wharton & Garrison LLP in New York (U.S.A.).

As corporate lawyer, Mr. Pezone advises Italian and foreign clients in matters concerning corporate and commercial law and in particular in the renewable energy sector and in connection with strategic and legal advice to start up companies.

Mr. Pezone is lecturer at I.U.C. (International University College) in Turin, where he teaches a course named “Start Up Companies Law and Financing”, within the I.U.C. LL.M. program.

LAWYERS
THIS SITE USES THIRD-PARTY COOKIES: CONTINUING IN NAVIGATION, CONSENT TO THE USE OF COOKIES. FOR MORE INFORMATION, SEE THE LEGAL NOTE
OkLegal Note